For the first time in the ears and eyes of ADMA there was Mzuzu City Competition of draughts in the northern region of Malawi on Sunday the 29th July 2012. Top 5 students from Mzuzu University (MZUNI) were included to test their strength in the bosom of the city giants. The aim was to recognize best top ten of the city. 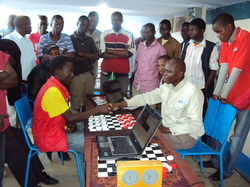 Enock (left) shaking hands with Sacks (right)
Mwaaza Sakala popularly known as Sacks in arenas of draughts (Pool Checkers) proved beyond shadows of doubt that he is a hard nut to crack and he who attempts to do so must prepare to suffer. This was shown when he came face to face with two best players from Malawi in a Malawi vs Zambia encounter organised by ADMA in collaboration with ZDF which took place on 16 June 2012. The first match was between Sacks and Enock. At the end of 10 games Sacks defeated Enock 3 - 1. Malawians had full hope in the veteran Madalitso "Baba" Thom who after closely watching Sacks's games against Enock expressed hope that no matter what he was going to make Sacks regret his coming to Malawi. Just a minute in the first game Baba started feeling the hard shell of Sacks who looked composed and confident. At the end of 10 games Baba lost 4 - 2. This was his first defeat in a competitive match and he could not believe this and quickly asked for an unofficial rematch just to make sure that his reputation was restored. Each had to bet $40 and 12 games were played after it all, Sacks demolished Baba 3 - 0 with 9 draws which meant that Baba did not even win a single game. When asked to comment on Sacks extra ordinary talent he only said "I have played with a man whose defense is just rock solid and am happy that ADMA invited this man as I thought that no man can beat me and am looking forward to a day when I will revenge but before that I have to work on my weaknesses and am optimistic that I can still beat Sacks"

All 20 official games were recorded and are available on the following link, Much credit goes to Shotgun who stayed on to record all the games. Also thanks to Jake for making them available on his website
Watch Sacks vs Enock and Sacks vs Madalitso now 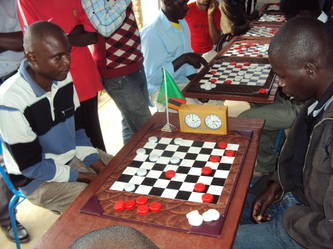 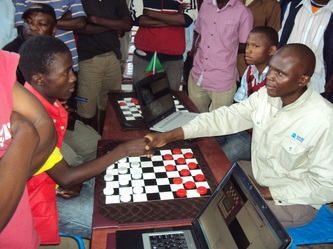 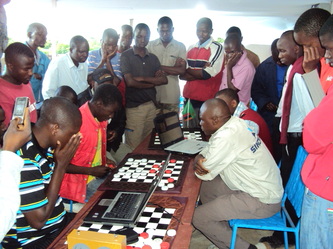 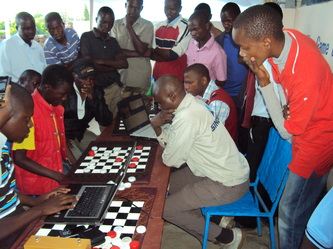 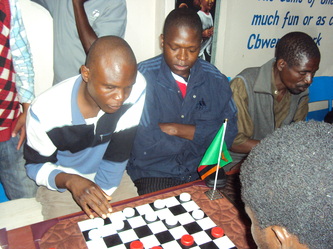 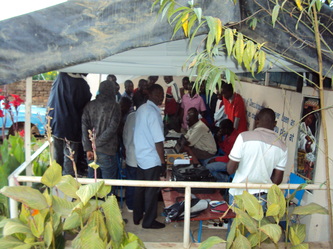 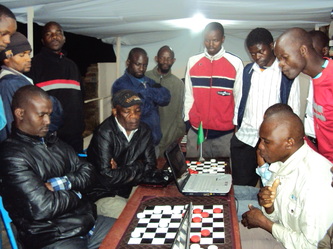 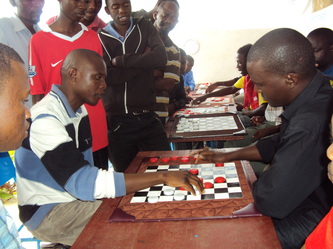 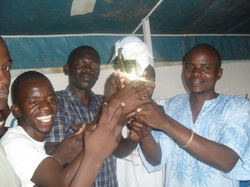 chilomoni draughts team are the champions of Nkunda Sibweni Munthali (NSM) trophy that was played at Cibwenison park in Chilomon on 3 January 2012, the teams that participated were Ndirande, Mbayani, Mzimba and Chilomoni. The tournament was worthy k50 000. 00 ($200) which was jointly raised by Draughts lovers the president of ADMA Mr Misheck Munthali, Mr Suzgo Nkhoma and Mr Ackson Mukandawire popularly known as Sibweni (to the far right). The Man of the match was Jalasi who remained unbeaten throughout the tournament. In the pictures below from left to right the secretary general Arnod Kabisala presenting the trophy to the captain Jalasi Matiyasi, then Chilomoni players are celebrating for their victory and these celebrations overflowed to the road trophy exhibition. 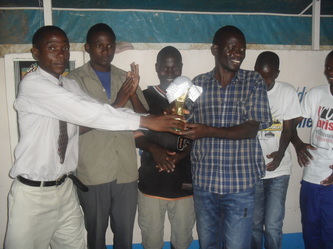 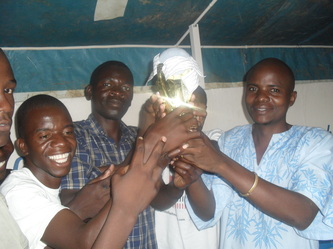 The Veterans Ndirande draughts team were winners of Sibweni cup which took place at Cibwenison park in Chilomon last year 2011. the teams that participated were Chilomon, Mbayani and Ndilande. The man of the match was Jalasi Matiyasi.
HTML Comment Box is loading comments...