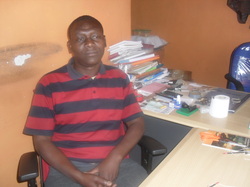 Misheck Munthali is a veteran in the game of draughts he is also operations Manager in the Minibus Association of Malawi. He has played draughts for decades and has vast experience in the draughts alena. One thing that will remain as a land mark is the fact that every Sunday he sponsors a tournament that takes place Ndilande. The tournament is populary known as Munthali Open Draughts Bonanza. It is this tournament that has made lots of players from Ndilande and surrounding town ships to become stars in the game. 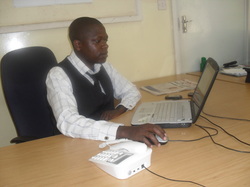 Born in 1978 married to Mestina and has four lovely kids. He started playing draughts in 1997 when he was at secondary school. He did his telecommunications at the University of Malawi up to advanced level and He holds BSc (hon) Degree in Business Information Technology from the University of Greenwich. Currently he is working with Malawi Telecommunications Limited as Business Development Specialist. He plays draughts at medium level but he is training hard to become another force to reckon with as he believes that training makes perfect. He is the first certified Arbiter in Africa for Draughts-64 by International Draughts Federation. He has the passion to take draughts to greater heights. So far there are several notable achievements, for several times he has organized and sponsored tournaments. He has developed website for ADMA and made it possible for ADMA to be internationally recognized. He played a vital role in making sure that the Draughts is recognized by Government of Malawi and this came to pass on 25 July 2012.

His vision
The young man has sleepless nights, WHY? he wants Malawi to be on the map in as far as the game of draughts is concerned. He looks forward to that day when news will be all over that Malawi hosts African Championship at highest level.
Contacts; suzgoalpha@gmail.com; Skype ID: suzgo.nkhoma; Cell +265 888 350 010  /  +265 993 319 335 (whatsapp) 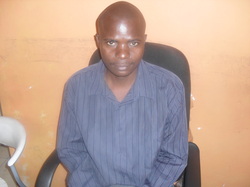 The man behind the draughts infrastructure, the Sibwenison Park in Chilomoni Blantyre where several notable tournaments take place. He has draughts at heart. he has contributed to the draughts sport development more than he has done to his personal affairs. He has for more than twice sponsored tournament the most recent being Sibweni Cup which was won by Ndirande

A veteran in the world of draughts who has always wanted the game to reach greater heights. he is based in Lilongwe(capital city of Malawi). He alone has sponsored several tournaments actually every year he sponsors four tournaments.